The Electoral Code of November 15, 2019 has been amended 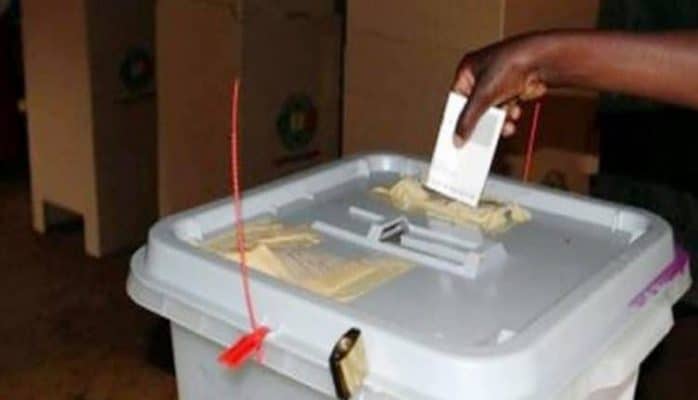 Beninese parliamentarians have proceeded this Tuesday, June 2, 2020, to amend Law No. 2019-43 of November 15, 2019 on the Electoral Code in the Republic of Benin, which governed the communal and local elections of May 17, 2020. It is indeed an interpretative and suppletive law whose initiative comes from twelve deputies to the National Assembly. After lively debates, it was adopted in plenary session, unanimously by the members composing the Assembly.

A law to alleviate a crisis

This interpretative and suppletive law intervenes in the middle of the electoral process of mayors and heads of districts, in a context marked by highly contested mayoral elections that were blocked by the various councillors elected within the districts.

The aim of the initiators of the said law, it seems, was to consider only the opinion of the higher authorities of the political parties in the choice of mayors and heads of districts, rather than giving in to the confusion created by the newly elected councillors.

Mayors now appointed and not elected

The great novelty of Law No. 2020-13 interpreting and supplementing Law No. 2019-43 of November 15, 2019 on the Electoral Code is a technical change in the mode of appointment of mayors and their deputies. Three hypotheses must be observed.

Hypothesis N°1: A party obtains an absolute majority of the members composing the communal or municipal council

From now on, in the communes where parties would have obtained an absolute majority of the members composing the communal councils, the choice of mayors and their deputies is made by designation of the party concerned. This is reflected in the new Article 189: “The mayor and his or her deputies shall be appointed by the party that has obtained an absolute majority of the councillors. ». From then on, the mayor is no longer elected. Instead, he is simply appointed. The same applies to the head of the district according to new article 200.

Hypothesis N°2: No party obtains an absolute majority of the members of the municipal or district council

In this case, the mayor is also appointed, but not by a single party (the party from which he or she comes) but by the parties that have signed the communal governance agreement.

Hypothesis 2: No party obtains an absolute majority of the members of the council and it is impossible to reach a communal governance agreement, or

It is legally accepted that the so-called interpretative laws form a single block with the initial laws so as to be considered retroactive. The interpretative law is in essence a law that does not bring a change or a modification in the course of things. It merely serves to enlighten the lantern of those who must ensure its application. Law n°2020-13 is therefore intended to explain and remove the grey areas concerning the methods of choice of members of the municipal executive.

The special status of the Defense and Security Forces under study →